Alternators and generators are not the same machines. Though both are used to produce electric currents, their operation, design, components, and applications are different. In this article, we will explain the difference between an alternator and a generator.

What is a Generator?

A generator is an electrical device that converts mechanical energy into electrical energy. It can produce DC current and AC current.

What is an Alternator?

Differences between Alternators and Generators

We have listed all the differences between generators and alternators in every aspect. We have tried to cover as much information as possible to help you develop a clear understanding of the topic.

A generator can produce AC or DC current, whereas an alternator always produces alternating current. Based on this principle, its applications are also different. Alternators have a higher output value than generators because they are more energy-efficient.

Alternators are modern devices that are more energy efficient as compared to generators. Conventional generators are not very efficient because they cannot control the current production. Inverter generators can control the amount of current they produce and adjust according to the load applied to them. Similarly, alternators are better in energy conservation as they use only the required amount of energy.

Generators need to be polarized after they are installed. You do not polarize inverters after installing them. Polarization is a procedure in which the polarity of a generator and voltage box are matched. These components are also known as dynamo and control box. Polarization helps in setting the operation of the generator smooth. 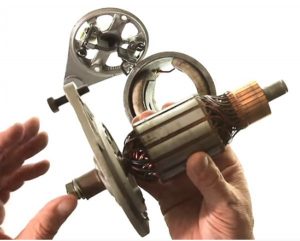 An alternator may be on and still not produce voltage because of its design. A generator, when it is running, is always producing voltage; either it is an inverter generator or a conventional generator. Inverter generators have the capacity to manage their output according to the load applied but produce some voltage all the time.

Alternators are small as compared to generators. The generator’s size varies according to its power capacity. Some generators may be as large as your living room, while an alternator can easily fit in your kitchen cabinet.

Alternators are mostly used in vehicles to charge batteries as they run. Generators’ main application is to provide backup power for domestic, industrial, and outdoor purposes.

All the major and minor differences have been listed above. We hope that you have developed a clear understanding of the difference between your car’s alternator and your home’s generator. If you have to do anything with any of the machines, make sure to take all the safety precautions.